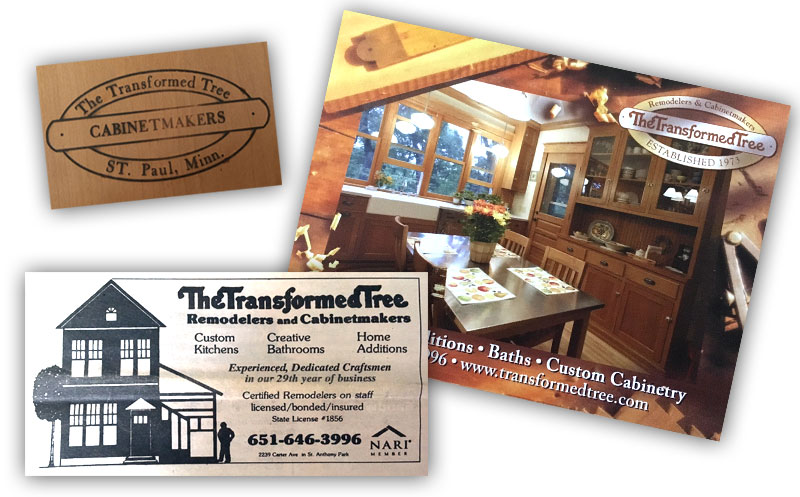 What happened when two young men joined forces to pursue their passion for great design and craftsmanship? An award-winning remodeling team was born.

All these years later, Mel and Peter remain steadfast in their commitment to superior woodworking, seamlessly blending old with new, and helping homeowners reimagine their space in unique and exciting ways. The goal and mission remain the same; Provide exceptional service and workmanship while creating stunning spaces that stand the test of time and the rigors of daily living.

“We start by being great listeners. Whether your project is big or small, simple or sophisticated, it deserves our utmost attention. Our attention to detail, knowledge, skill, custom cabinet shop, and design/build services make the difference. We’ll formulate a plan that works for your schedule and your budget, and create a space that is uniquely yours.”

Time to make the most of your home? Start the transformation! Contact us today.

Owner
Hailing from Cloquet, Minnesota, Mel pursued his education in applied physics, math, and engineering at the University of Minnesota and adopted St. Paul as his home. After a brief stint in the restaurant trade, Mel’s friend and owner of The Transformed Tree asked him to join the company. He quickly realized it was the perfect fit for his math, physics, engineering, and design skills. Today his primary focus is on sales and design/build activities. He particularly enjoys the day-to-day interaction with The Transformed Tree clients and coming up with unique and inspired solutions for stumped homeowners.

Owner
A graduate of New Hampshire’s Philips Exeter Academy, Peter went on to study architecture at the University of Minnesota. When he joined The Transformed Tree in 1979, he discovered a place where he could fully apply his passion for woodworking and design. He became co-owner of the company in 1981. Peter holds a BAS degree in construction management and serves as The Transformed Tree’s production manager. Using his project management expertise, keen attention to detail, and passion for quality craftsmanship, Peter works closely with homeowners, craftsmen, and contractors to ensure everything goes according to plan. He is an active member of the National Association of Remodeling Industry (NARI) and is past president of the Minnesota chapter.

Owner
From an early age, Travis saw the work and reward of the remodeling business. His dad was a remodeling contractor, and post-high school, he joined him in the trade. With a Certificate of Carpentry from Hennepin Technical College and plenty of “boots on the ground” experience, Travis found a welcome home at The Transformed Tree in 2013. He enjoys the interaction with clients, the challenge of making the work look seamless in older homes and seeing it all come together at the end. Clients celebrate his carpentry skills, personable style, and stellar work ethic. Travis feels fortunate to be partnered with Mel and Peter in the business and taking an increasing leadership role as the company continues to grow.